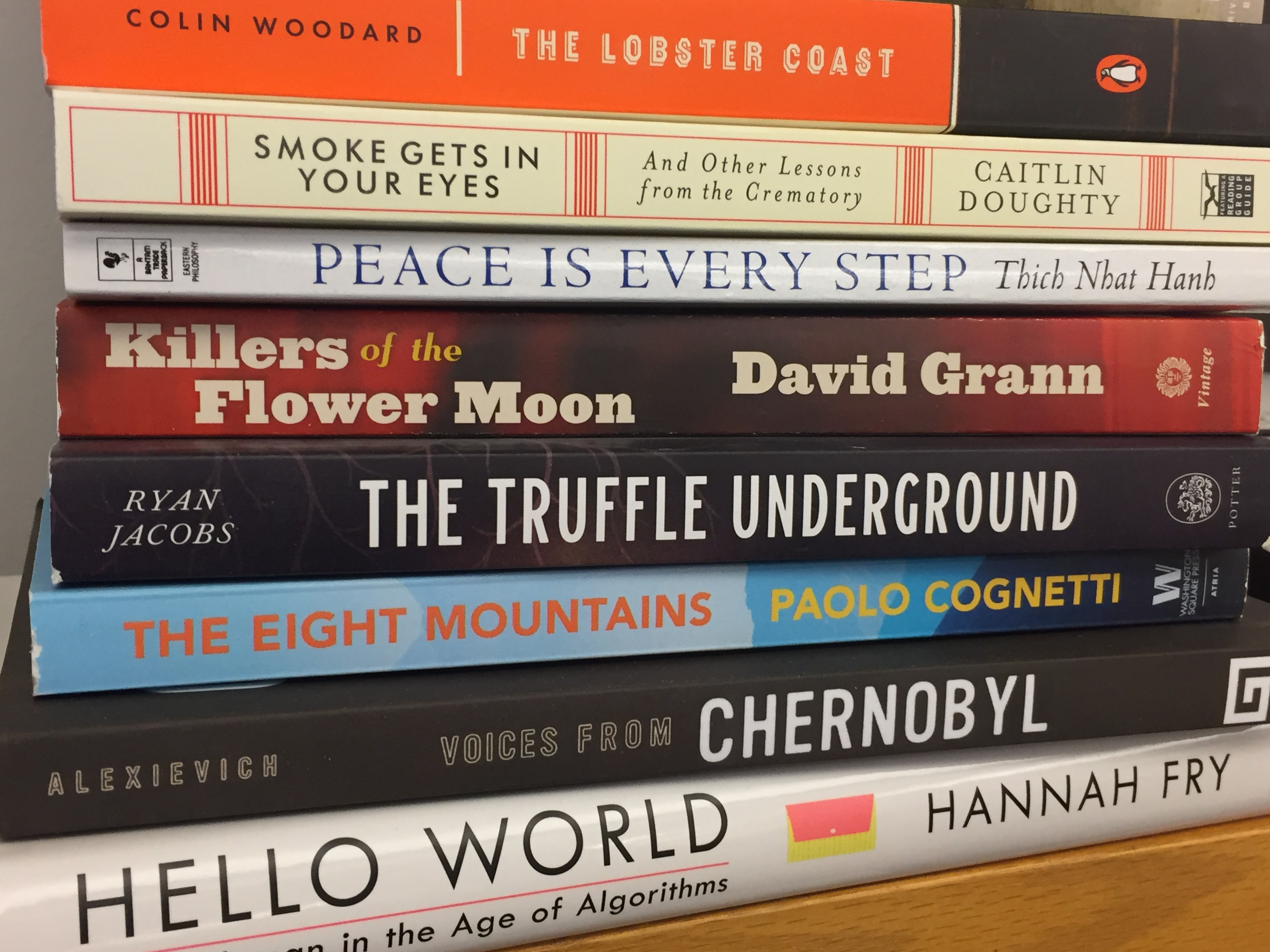 Like books AND locally sourced artisan beer? Curtis Library holds an off-site monthly book group at Flight Deck Brewing on Brunswick Landing. This book group typically reads non-fiction and is for anyone who wants to talk books while enjoying a most excellent beer.